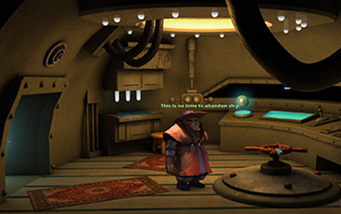 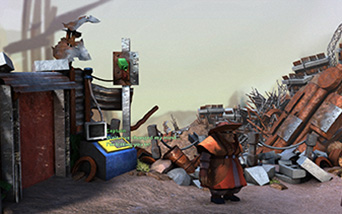 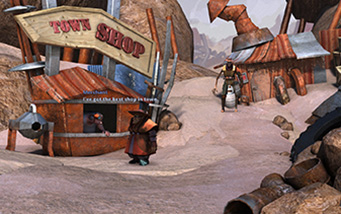 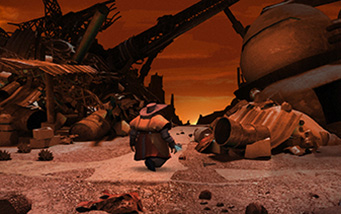 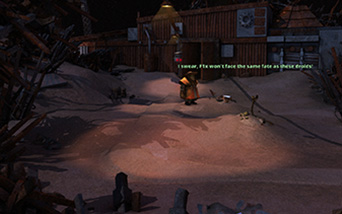 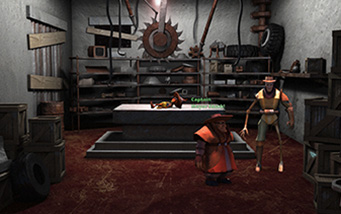 Hunk of Junk is a point 'n click adventure game using pre-rendered images to create a playable environment.
Spritesheets are used for everything animated.

Hunk of Junk reached 27/30 in final score and was voted "Best point 'n click game" 2015 out of 7 games made by the students of The Game Assembly.

My Role - collaborating with the rest of the team in creating the story and the goals of the game.
Coming up with objectives and dialogue for the game.
Playtesting, bug fixing and writing XML for getting quests and dialogue into the game.

Inventory - A bunch of different items that can interact with each other, NPCs and objects in the world.

Voice Acting - Voice acting for all characters made entirely by Olov Redmalm.

Cinematics - Short cinematic sequences used to further explain and engage the player in the story while also giving more emotion to the characters of the game.